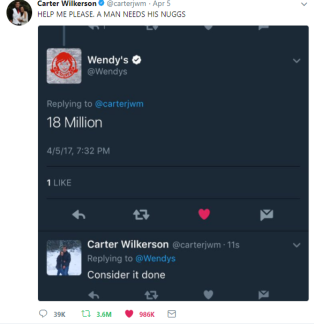 2017 has been one of the more notable years in the recent history of Wendy’s.

It started back in January when we kindly reminded a Twitter user by the name of Thuggy D that we use fresh beef patties on all the hamburgers we serve at our restaurants, and those do – in fact – come delivered on a refrigerated truck a few times a week.

Then, our largest competitor announced a half-hearted move to fresh beef in a half-hearted way.  And, with the simple phrase “asking for a friend,” our social media team used this as an opportunity to remind the world that nobody does fresh beef like Wendy’s.

As Wendy’s Chief Concept & Marketing Officer, I loved that we proved in some very public settings, and with a rather large microphone, that “fresh, never frozen beef” is a Wendy’s cornerstone, not a tagline.

Staying Engaged With Our Customers

These moments caught fire and showcased our social team at their best and doing what they’ve long been doing: having fun and talking WITH our customers, not AT them.  Our job on social is to be the same brand that we’ve been since 1969.  The brand that prompted consumers to ask “Where’s the Beef?” and to question what chicken “Parts” other restaurants might be using.

When you stay consistent to who you are, good things happen.  That brings us to a few months later when an unassuming 17-year-old from Reno, Nevada tweeted at us hoping for a response with,

“Yo, @Wendy’s, how many retweets for a year of free chicken nuggets?”

The team did what it does every day…they responded in a fun way and said, “18 million” knowing full well that this was 6 times greater than the current record for the most retweeted tweet in history. After all, these were Wendy’s chicken nuggets and a person should have to do something really special before we would just give them away.

Everyone knows how the rest of this story plays out. Carter Wilkerson is still the reigning Twitter king for getting the most retweets of all time, surpassing Ellen DeGeneres and her celebrity friends’ infamous Oscar-Selfie.

The best part of this whole thing? Carter is a wonderful young man from a great, supportive family.  While the attention was almost overwhelming, he responded the only way he knew how: by remaining his true self.  He took the opportunity and the fame and paid it forward by raising money and awareness for both foster care adoption and breast cancer research.  Both causes benefitted significantly because Carter thought more about others then he did himself, and that’s something that is all too rare in today’s world. We can all learn from his example.

It makes perfect sense that #NuggsForCarter would make Twitter’s “Year on Twitter” list and we are proud to have been a part of this cultural moment with our friend, Carter. And, as I told him when we had the opportunity to meet, “This wasn’t about Wendy’s. It wasn’t about nuggets. Carter, this was about you and who you are. You should be really proud of how you handled all of this and I am 100 percent certain that your future is incredibly bright.”

“To this day, I have trouble comprehending that I am "The Nugget Kid." It's weird to think that I hold a world record that so many celebrities and public figures have yet to beat. But my success wasn't my own doing, without the Twitter community retweeting and supporting me throughout the way, I wouldn't be where I am. Most importantly, I have to thank Wendy's for their support and their response. Without it I would just be a regular 17-year-old. Thank you Twitter, the community of Twitter, and Wendy's. I have had the most exciting year of my life and I am so grateful." – Carter Wilkerson

We often remind ourselves that this kind of social success doesn’t happen overnight.  It takes teams of people here at Wendy’s who collaborate with our agency partners and work on our strategy while keeping in mind being authentic to who we are as a brand.

We’re going to keep tweeting and responding to our customers, because as a brand, our priority is our customers and keeping our interactions, relevant and authentic, and our food really good.  This is what makes Wendy’s special and very different. Deliciously different. 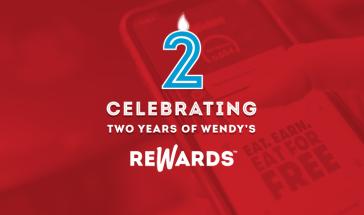 Wendy’s Rewards™ is the Loyalty Program That Keeps on Giving 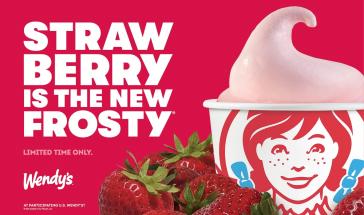 Get Your Spoon Ready for Wendy's New Strawberry Frosty® 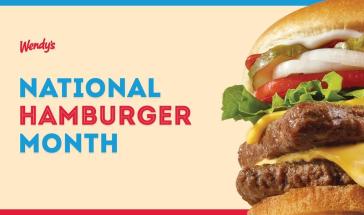 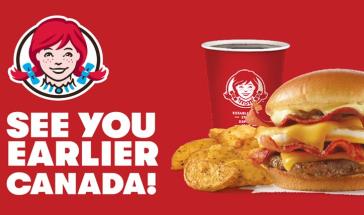